We are a group of security professionals, who with vast experience & expertise have managed to create a place for ourselves in the industry & the region.

To the world we are known as identity people & the final destination for entire range of Identification solutions. We have the foundation,people, product & most importantly vision in place to take us to the next level. As our tag line suggests, we believe in building relationships based on trust & commitment. Come,shake hands with us & enter the world of identity solutions

Final destination for entire range of Identification solutionsWe have the foundation,people, product & most importantly vision in place to take us to the next level.

If you have any questions concerning our products and services, Please do let us know!

Losing your baggage at an airport might soon be an issue of the past, thanks to the introduction of a technology that tracks your baggage in real time.

The deployment of radio frequency Identification (RFID) technology can accurately track passengers baggage in real time across key points in the journey; can change the air transport industry to save more than three billion dollars over succeeding seven years. One of the major surveys regarding the usage of RFID in Baggage tracking revealed that the extremely accurate tracking rates of RFID technology may reduce the amount of mishandled baggage by up to 25% by 2022.

In particular, RFID can address mishandling during transfer from one flight to another. The technology can ensure that airports, airlines and ground handlers are able to keep track of luggage at each step of the journey and ensure the right bag is loaded onto the right flight.

One of the popular surveys regarding the RFID in baggage tracking says that technology has helped reduce the amount of mishandled baggage by 50% from a record 46.9 million mishandled baggage in 2007, saving the industry $22.4 billion.

Initial deployments of RFID by airlines shows a 99% success rate for tracking baggage, helping further reduce the number of mishandled baggage. With some huge airlines and airports already introducing RFID technology, combined with the fact that it’s compatible with existing barcode technology, adoption of RFID across all airports could provide a positive return for airlines, both in cost savings and passenger satisfaction.

NFC or Near Field Communication is a technology that uses high frequency wireless communication to transfer data between devices over a short range (usually about 10 cm or so). This technology makes your life more convenient by making it very easy to exchange data and conduct transactions. It requires only at least one transmitting device, and another to receive the signal. A wide range of devices can use the NFC standard and can be considered either passive or active, depending on how the device works.

Passive NFC devices include NFC tags, NFC stickers; NFC cards which can send information to other NFC enabled devices without a power source of their own. However, they don’t extremely process any information sent from other sources, and can’t hook up with other passive components. These often take the form of interactive signs on walls or advertisements.

Active devices are able to both send and receive information, and can communicate with one another as well like passive devices. Smartphones are by far the most common implementation of active NFC devices; however public transport card readers and touch payment terminals also are good examples of the technology.

This is a simple technology evolved from RFID (Radio Frequency Identification) which uses electromagnetic induction in order to transmit information. An NFC chip operates as one part of a wireless link. Once it’s activated by another chip, small amounts of data between the two devices can be transferred when held a few centimeters from each other. No pairing code is necessary to link up and because it uses chips that run on very low amounts of power (or passively, using evens less) it’s much more power-efficient than other wireless communication types.

NFC is compatible with hundreds of millions of contactless cards and readers already deployed worldwide. As both NFC and Bluetooth are different technologies, we cannot say that one is better than the other. However, NFC is quicker to set up, requires less power, and provides more security when compared to Bluetooth because of its shorter range.

What NFC does in your Phone?

Every OS maker has their own Apps that offer NFC Functionality. Android users have widest range to choose from like Google Wallet and Samsung Pay which can access your funds from contactless payment.

Coming to Apple users and Microsoft users they can also avail this facility in which Apple iPhone 6 and iPhone 6 plus have NFC functionality that works as similar as Google Wallet and also in the case of Microsoft windows users they can avail Microsoft Payments.

Whichever device you have, from a local super market, railway station, or coffee shop you can avail contactless payments via your phones NFC chip by simply holding it close to a contactless payment terminal and instantly ,like swiping a credit card, the payment will complete.

It’s not far, the replacement of entire card in wallet by NFC chips that could simply hold the unique info of every card we hold whether it be Business cards, loyalty cards etc. and can also be transmitted simply via NFC 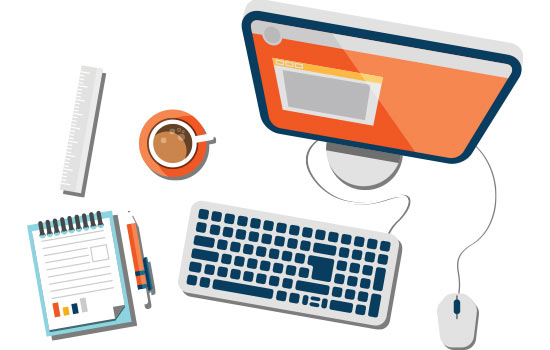 ©2019 All rights reserved by Zurich Technologies | Powered by Zurichtek